Each Chromosome Has Many Genes 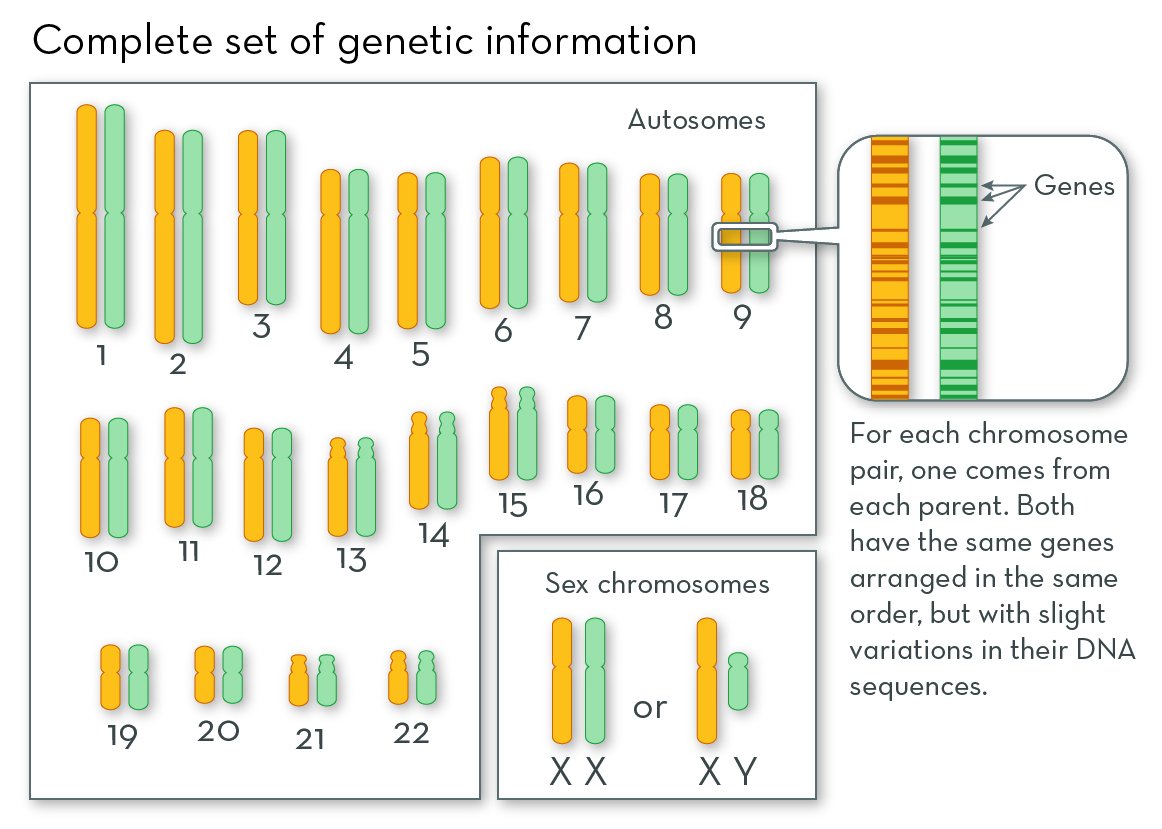 The human genome includes 21,000 or so genes, spread out along 3 billion base pairs of DNA. This DNA is distributed among 23 chromosomes, of which we have two sets. We inherit one set from each parent.

Each chromosome includes a single, linear molecule of DNA with its own set of genes. Chromosomes are numbered according to their size, and genes are arranged along them in a specific order. So a gene near the tip of the short arm of chromosome 4 in one person will be found in the same location in everyone. This means that each of our genes can be mapped to a specific place on a specific chromosome.

Genes and Much More

A gene is a segment of DNA instructions for building a particular RNA or protein molecule. Genes are very important, and they get a lot of attention. Yet they make up just 3% of our genome. Each gene is like an island separated by vast stretches of non-coding DNA—that is DNA that does not code for a product. Some of this DNA holds information about which cells should make proteins, when they should make it, and how much they should make. Other segments were left by viruses that infected our ancestors many generations ago. There is some DNA that we know is important—it is conserved between species—but we are not sure exatly why that is. Some DNA appears to have no function.

DNA in other organisms is more than just genes too, though the amount of non-coding DNA varies a lot among species. Bacteria have the smallest genomes, and around 90% of their DNA codes for RNA or protein. At the other end of the spectrum, some plants and protists have enormous genomes, with genes making up as little as 1% of the total DNA. 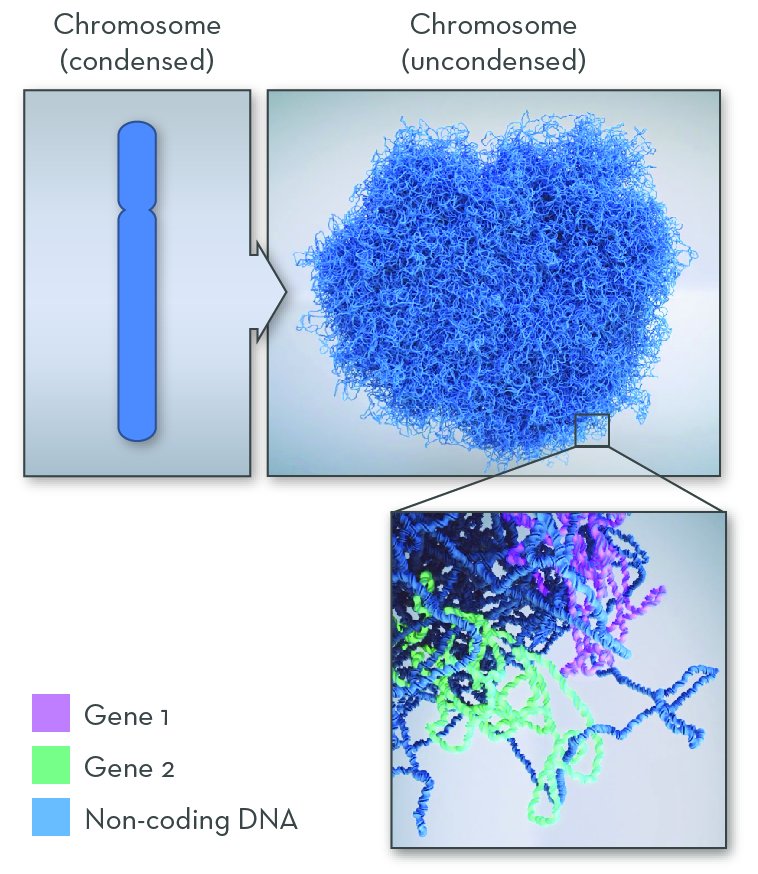 Chromosomes Vary in Number and Type

Most other species have different numbers of chromosome pairs than we do. Species also vary in the number of chromosome sets they have. In some species of bees and ants, males have just one copy of every chromosome (they develop from unfertilized eggs), while females have two. Some species of plants have four or more copies of each chromosome. Bacteria have just a single chromosome, arranged in a ring.

When a cell gets ready to divide, additional histones attach to DNA, coiling it even tighter.

To learn more about how histones can help regulate access to DNA, visit The Epigenome at a Glance.