Most pigeons have scales on their feet (and not feathers), the same as their wild ancestor. But some carry a genetic variation (or two) that gives them feathers on their legs and feet.

Feathering can be subtle, with just a hint of fuzz on the feet. It can also be so extreme that the feet look almost like an extra set of wings. And it can be almost anywhere in between. 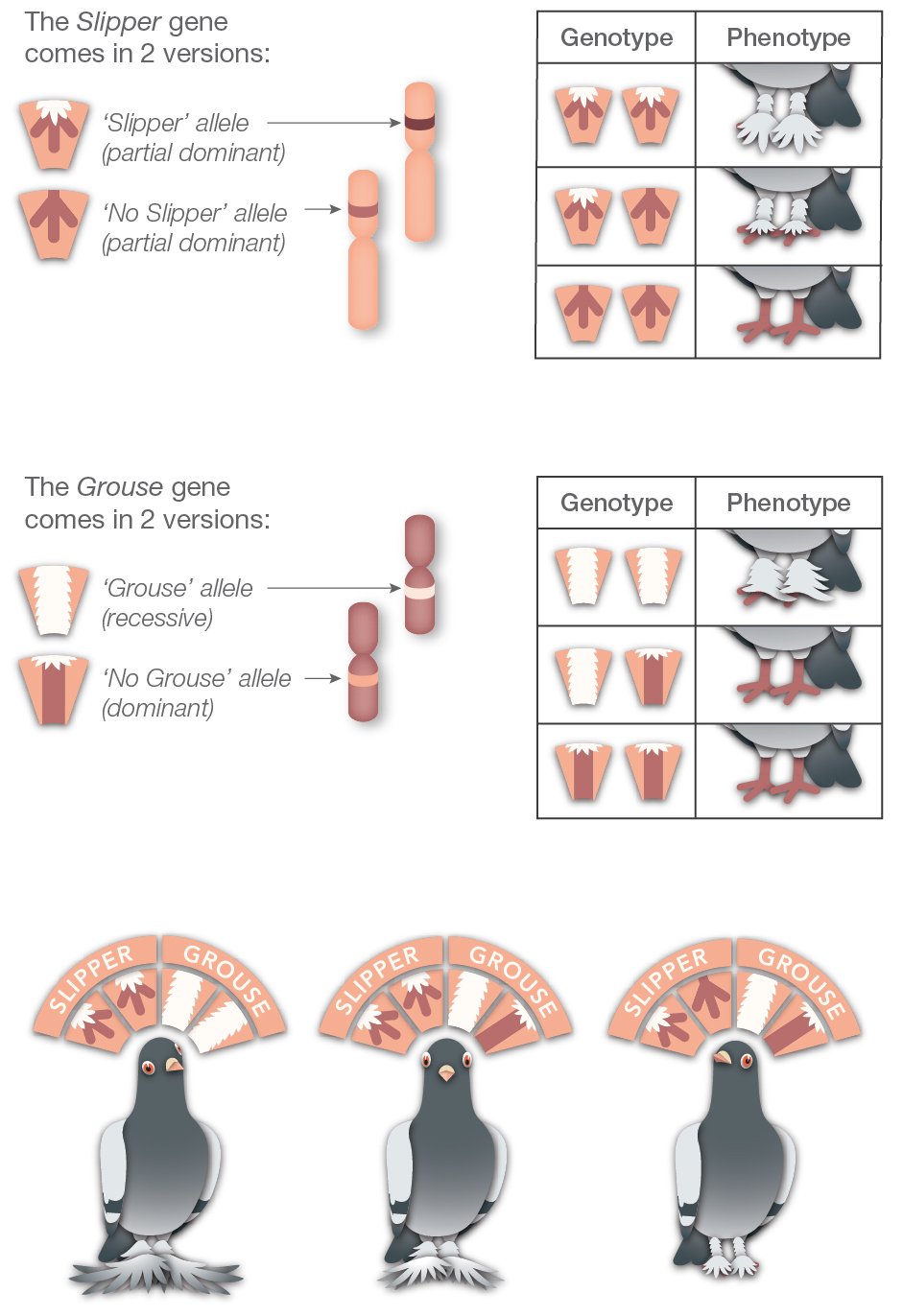 The slipper gene comes in two versions, or alleles: ‘slipper’ and ‘no slipper.’ Pigeons inherit two copies of the slipper gene, one from each parent. The two alleles make up the bird’s genotype. What we see, or the phenotype, is the product of both alleles.

The two alleles, ‘slipper’ and ‘no slipper,’ are partial dominant (sometimes called incomplete dominant). That is, both alleles always influence the phenotype. So each allele combination, or genotype, has a different phenotype.

The grouse gene is completely separate from the slipper gene. It too comes in two versions: ‘grouse’ and ‘no grouse.’ And as with slipper, pigeons inherit two copies of grouse, one from each parent.

Most traits are controlled by multiple genes

When we learn about genetics, we commonly see lots of examples of inherited characteristics that are controlled by a single gene. Often with these examples, the genes come in just two versions (yellow or green peas; blue or brown eye color). However, single-gene either/or traits are actually quite rare.

Single-gene traits are useful for teaching the basics of inheritance. They emphasize that we inherit two copies of every gene, one from each parent, and the two copies together contribute to inherited characteristics. But such simple examples—which textbooks often over-simplify—can lead us to believe that all inherited characteristics work this way.

In Pigeonetics, we’ve tried to include some examples that show how multiple genes work together to form physical characteristics. Foot feathering, for instance, is an example that shows slipper and grouse (probably with small contributions from additional genes) working together to influence a single characteristic. But even this is a simple example.

Most of our traits are what we call “complex.” They involve the interactions of multiple genes, as well as the environment. Height, for example, clearly has a genetic component: tall parents tend to have tall children, and short parents tend to have short children. But the inheritance of height is unpredictable, and height is also influenced by what we eat. Children who are malnourished will not grow as tall as those who eat a healthy diet. 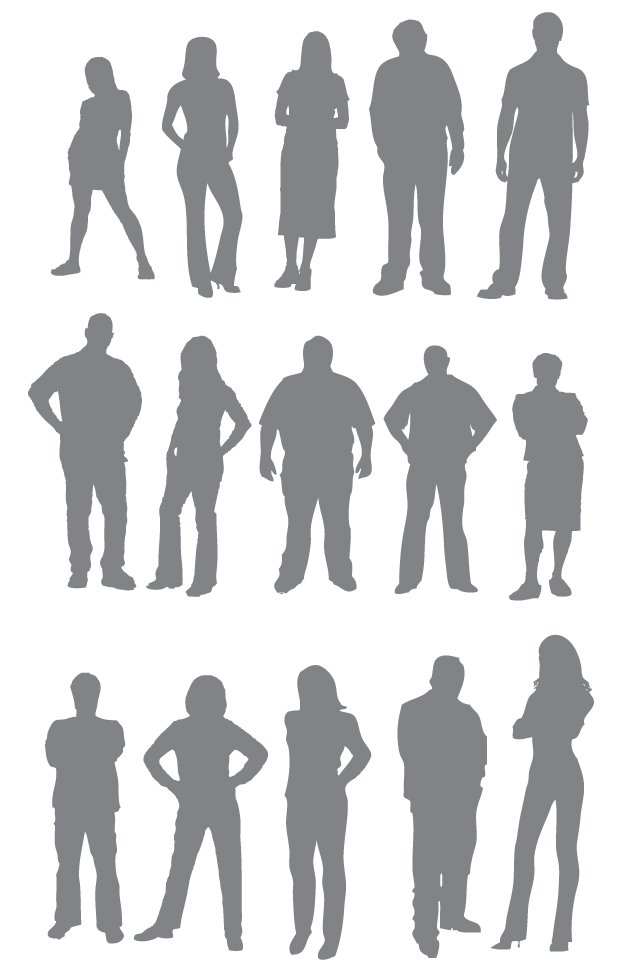